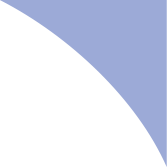 Ordinance of 15 September 2021 reforming the law of Securities (“sûretés”)

This reform aims to modernize and unify the system of securities, in particular by bringing together the rules of securities law, which are dispersed in various codes and laws, within the Civil Code. It also aims to strengthen the effectiveness of the law on securities, while ensuring a balance between the interests of creditors and those of debtors and guarantors.

The ordinance also repeals certain special securities that have become obsolete or outdated, as provided for in the Commercial Code, such as commercial pledges, stock pledges and oil warrants (the common law pledge regime will apply).

The most significant changes have been made to the surety bond (“cautionnement”) regime (this is fortunate as this security was not reformed in 2006 and has been the subject of extensive litigation for several years), including:

In the case of pledges of business assets, the publication formalities have been simplified. In addition, failure to register the pledge within the prescribed period will no longer be sanctioned by nullity, but by the inopposability of the act.

In the case of pledges of financial securities accounts, the parties will now be able to exclude the fruits and proceeds from the basis of the security from the moment the security is created.

It should be noted that one of the main innovations of the ordinance is the dematerialization of all securities, which can now all be concluded by electronic means.

Finally, in the near future, a decree will also establish a single register of movable securities, freely accessible on the Internet, in accordance with the best international standards (its purpose being to enable creditors to gain information all the guarantees already provided by potential borrowers).